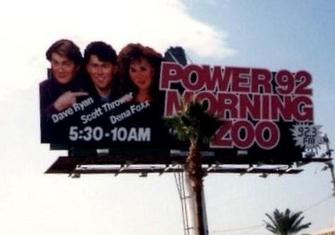 Her love of music was what originally steered Dena toward radio while in college at The University of Vermont. She wanted to continue working behind the scenes in the programming department along her radio career, but every time she was up for a job, they would always tell her that she would have to be on the air too, because she had such a great voice. In addition to being a top-rated on-air personality, Dena found that she also had a great ear for picking hits! She's also a multi-award winning Music Director from national publications like Billboard Magazine, Pop Music Survey, and the Gavin Report. You can see the full list below.

Dena also enjoyed meeting and getting to know some of the biggest names in entertainment over the years. To see the artist photo gallery, please click here.